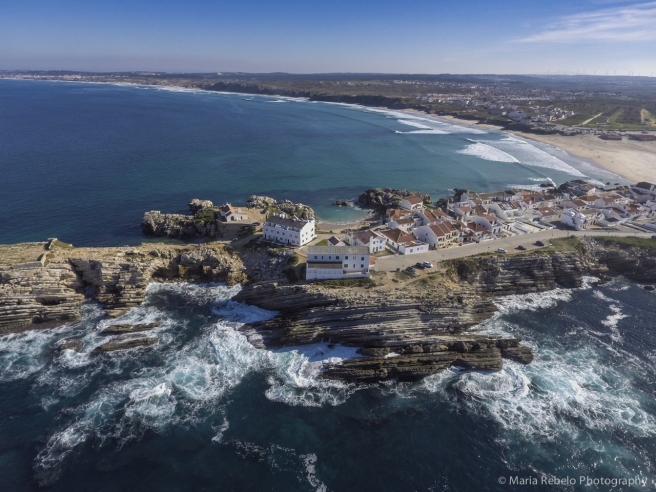 When we’re away from Portugal, we miss the taste of the fruits of our land and sea.

We miss the golden light that guilds castles and palaces, valleys and hills.

We miss the touch of the breeze, the perfume of the ocean, the sound of the waves rehearsing their steps on the seashore.

Our solace is a glass of port wine shared with friends. Every sip is a reminder of the sweetness of Portugal. 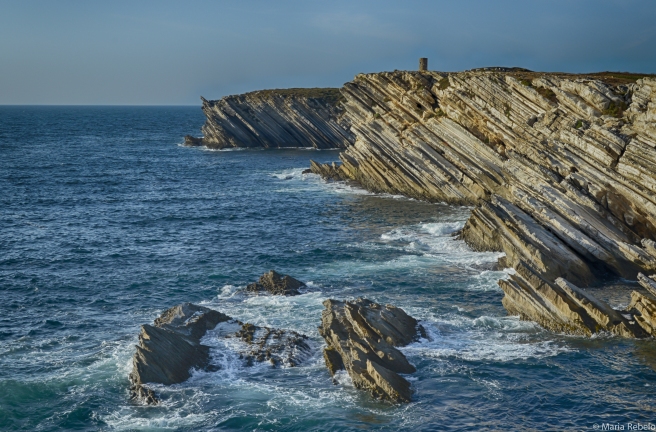 Baleal, a beach in the Peniche region, used to be an island but it is now connected to land by a thin strip of sand. Its name comes from the Portuguese word for whale (baleia) for, in ancient times, whales were hunted nearby.

Baleal has many charming houses with beautiful ocean views. But its hallmark is a dramatic rock formation sculpted by the sea.

In his 1923 book “The Fishermen,” the writer Raul Brandão singles out Baleal as the most beautiful beach in Portugal. Surfers, who flock to Baleal every Summer, seem to agree. 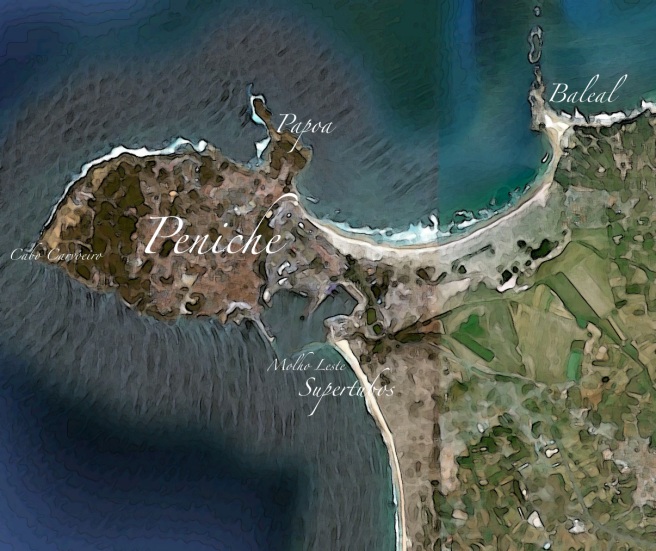 Peniche, a sleepy fishing village, used to be an island. But the waves worked tirelessly, carrying mountains of sand to connect Peniche to land. The sand banks they built created beaches that are perfect for surfing: Supertubos, Molho Leste, and Baleal.

Every October, the waves enjoy the fruits of their labor, watching the best surfers in the world compete at the Peniche Rip Curl Pro event. You don’t have to cart any sand to be part of this grand surf celebration. All you have to do is drive to Supertubos on the third week of October.