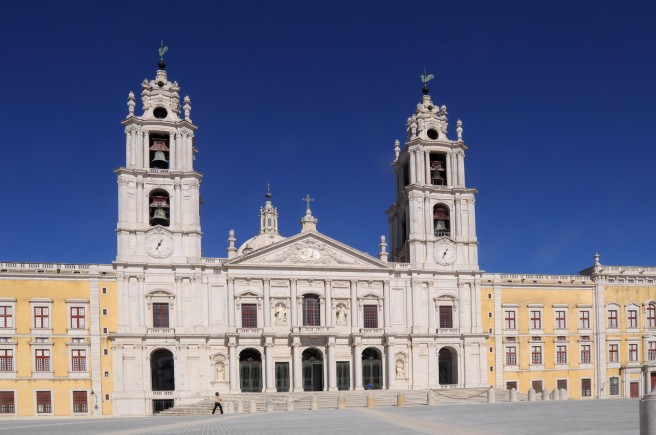 Every morning King D. João V looked in the mirror and told his reflection: you’re magnificent!  There was only one cloud in his life: he did not have an heir to the throne. So, he promised that, if Queen D. Maria Ana got pregnant, he would build a magnificent monastery. That is, according to legend, how the Mafra Palace came to be built.

Financed with gold from Brazil, it features sumptuous accommodations for the king and queen, a magnificent Basilica with six pipe organs, and an enormous library.  This library has been preserved by a colony of bats that prey on the insects that would otherwise devour the book pages. It is well worth it to visit this 18th century palace built by a vain Portuguese king for an austere Austrian queen, guarded by Franciscan monks and their learned bats.

If you’re in Portugal in July, you might want to visit the Óbidos medieval fair. It features jugglers, jesters, and jousting tournaments, all in the shadow of the majestic Óbidos castle. You can also taste the delicious pork roasted on a spit, a delicacy that, in the Middle Ages, only kings could afford.