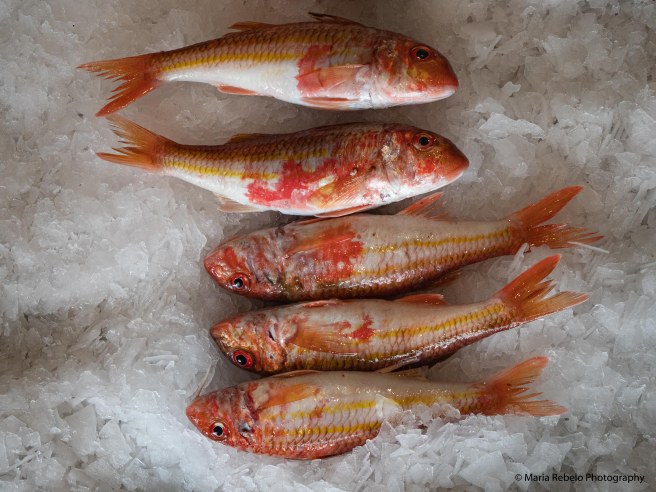 We met Valentim, the chef and owner of Taberna Valentim in Viana do Castelo, as soon as we entered the restaurant. He was working hard at the grill but took time to show us the superb mullets that had just been delivered. “The seas are often rough during Winter so at times we have to close the restaurant because we can’t find fresh fish of the quality we seek. These mullets came from Póvoa do Varzim. The sea was rough yet the fishermen still went out. Their fish is gorgeous but the they take too much risk to catch it.”

Taberna do Valentim has offered the same small menu for 40 years: pristine seasonal fish perfectly grilled, fish rice, “ensopado de peixe,” a fish stew prepared with white pepper and served on bread toasts, and caldeirada (bouillabaisse). The quality is high and prices are modest so the place is always packed.

After a very satisfying lunch, we resumed our conversation with Valentim.  “I started working when I was 8, serving glasses of wine and codfish cakes in my mother’s tavern,” he told us. “Then, I began to cook, so I’ve been cooking for a long time. But time is not what’s important. Passion is. Unless you have passion for what you do you’ll never be great at it.” This passion is evident in everything that comes to the table at Taberna Valentim.