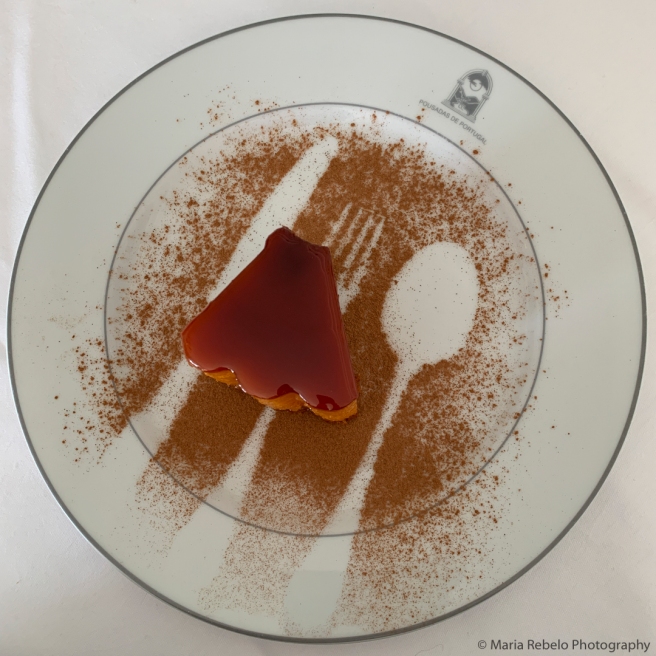 One of the most original Portuguese recipes is a pudding created in the 19th century by the priest of Priscos, a small parish near Braga. He was called Manuel Rebelo but became known as the Abade de Priscos (Prisco’s abbot). His fame as a cook and gourmet earned him the invitation to prepare banquets for the royal family and the title of Honorary Chaplain of the Royal House.

The pudding combines egg yolks, sugar, cinnamon, lemon, port wine, and fresh bacon (yes, bacon!). The abbot liked to say that the pudding is easy to make but hard to make perfectly and that when well prepared, it has a unique taste. Paired with a glass of port wine, a slice of this pudding is a culinary delight.

Born in 1834, the abbot lived almost 100 years, dying in 1930. Could the abbot’s pudding be the secret of his longevity? We order it every time we see it on the menu to try to find out!

The scrumptious Pudim Abade de Priscos in the photograph was prepared at the restaurant of the majestic Pousada of Viana do Castelo.

3 thoughts on “The abbot’s pudding”