One of the most popular desserts in Portugal is a golden sponge cake called Pão de Ló. Pão means bread and, according to culinary lore, Ló is the nickname of a cook famous for her version of this cake.

In the 16th century, the cake was known as Castile bread, after the name of the Spanish kingdom where the recipe originated. Castile bread keeps for a long time, so sailors used to carry it to enjoy during long sea voyages.

When the Portuguese navigators reached the port of Nagasaki in Japan, they took with them the recipe for Castile bread. It quickly became popular under the Japanese name Kasutera. The recipe was included in the first book about Japanese sweets, published in 1718 under the title “Secret Writings on Famous Japanese Confectionery New and Old.”

Over time, the recipe evolved to adapt to Japanese tastes. Wouldn’t it be interesting to compare the Portuguese and Japanese versions of this ancient cake?  Thanks to a small Lisbon store appropriately called Kasutera, we can make this comparison without traveling to Nagasaki.

Kasutera’s cakes are perfect rectangles that are beautifully wrapped. You can buy the original version as well as variants with chocolate, green tea and earl grey. They’re all delicious examples of a recipe that has traveled around the world, from Portugal to Japan and back.

Plato thought that the circle was a symbol of the divine. Alberti, an Italian architect, considered it the perfect shape. But no one was more obsessed with the circle than Guarino Guarini, a brilliant Baroque architect. His buildings are made of concave and convex spaces delineated by circles. One of his most important works, the church of Santa Maria da Divina Providência in Lisbon, was famous for its undulating facade. Sadly, the church was destroyed by the 1755 earthquake.

By happenstance, the circular shapes included in Guarini’s treatise, Architettura Civile, resurfaced in Portugal in the 20th century in the design of the popular bolo bolacha (biscuit cake). This cake is made with the circular Maria biscuits invented in 1874 by an English baker to celebrate the marriage of the Duke of Edinburgh with the Russian Duchess Maria Alexandrovna. To make the cake, the biscuits are dipped in strong coffee, layered with buttercream and then assembled according to designs that would make Guarini proud.

If you see bolo bolacha on a restaurant menu, give it a try. Like the circle, it is simple, but divine. 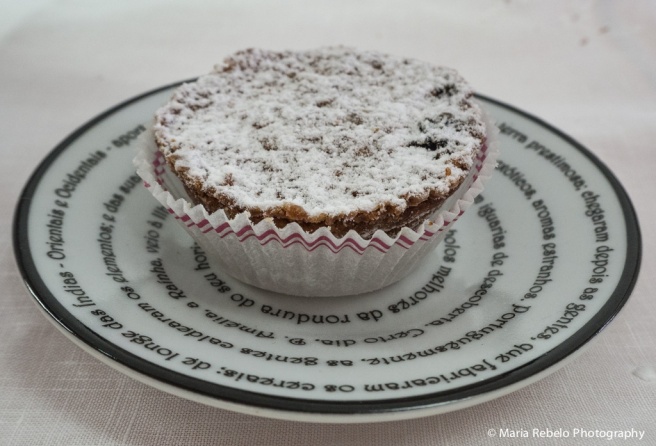 In 1901, the Portuguese royal family embarked on a visit to the island of Madeira and Azores. The event was a great honor for the local populations but presented them with a difficult problem: how do you choose a gift for monarchs who have everything?

The Azores Terceira island offered queen Dona Amélia a new cake made with local ingredients: corn flower, raisins, sugar cane molasses, and cinnamon. The queen enjoyed it so much that the new creation became known as the Dona Amélia cake.

More than a century later, the cake continues to be popular in the Terceira island and for a good reason. We loved the Donas Amélias we tried at O Forno, a great pastry store in downtown Angra do Heroism.

The ability of royalty to inspire the delicious Donas Amélias makes us wonder whether we should restore the monarchy. 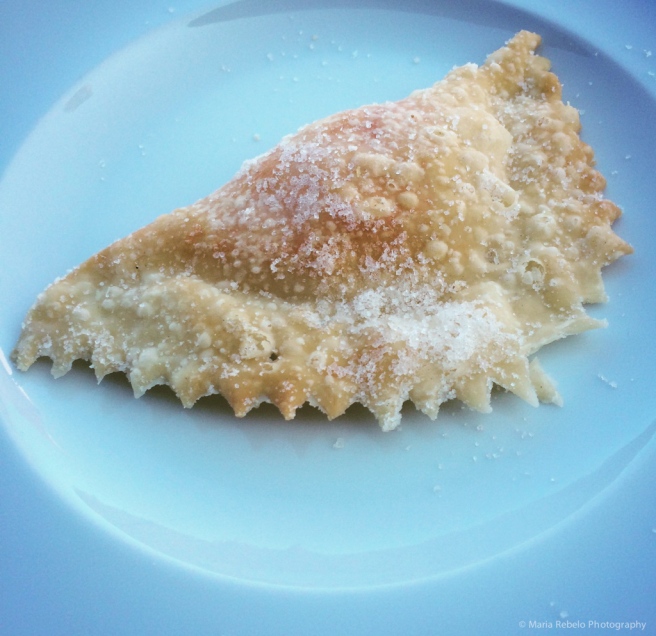 More than a century ago, a baker from Vila Real was given four secret recipes from the local Santa Clara convent. The pastries she made with these recipes were so extraordinary that she decided to turn her bakery into a pastry store.

Today, her great grandchildren continue to use the same prized recipes at Casa Lapão, a pastry store in Vila Real. Their most popular pastry is called “Crista de Galo,” which means rooster comb.  We recommend that you try them with your eyes closed so you can better appreciate the heavenly combination of the flaky dough with the egg and almond filling.

If you’re near Vila Real, a stop at Casa Lapão can turn an ordinary day into a memorable one.

At the end of a wonderful meal at Flor de Rosa, a great historical hotel in Crato, Alentejo, the maître d’ brought us two slices of a dessert called Tecolameco. In our quest to eat fewer sweets, we decided to have only a small bite to be polite. But once we tasted this marvelous dessert, our will power vanished.

Tecolameco is made of sugar, eggs, almond, pork lard, butter, and cinnamon. There are many other Portuguese desserts made with these ingredients, but none tastes like Tecolameco.

It is said that an old chef found in the Crato castle an ancient book that revealed the meaning of life. All the pages were blank, except for the one with the recipe for Tecolameco. 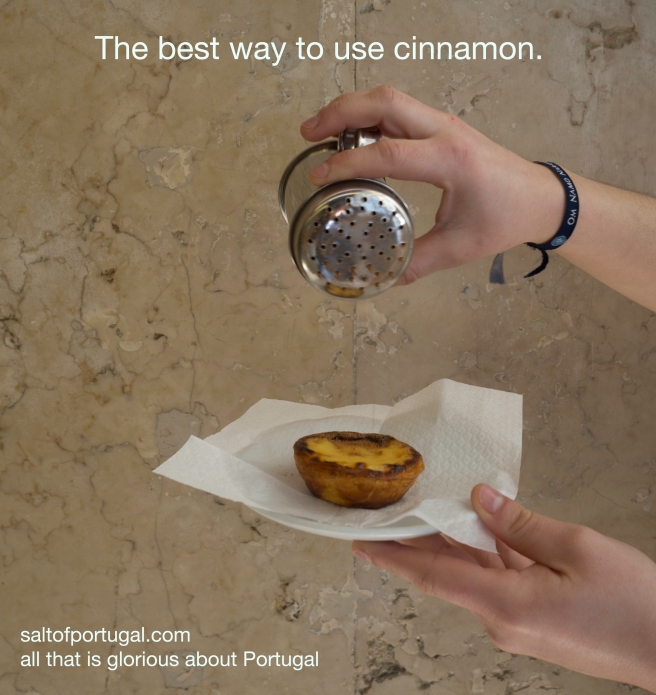 That time of year we start missing this landscape and can’t wait to get back!