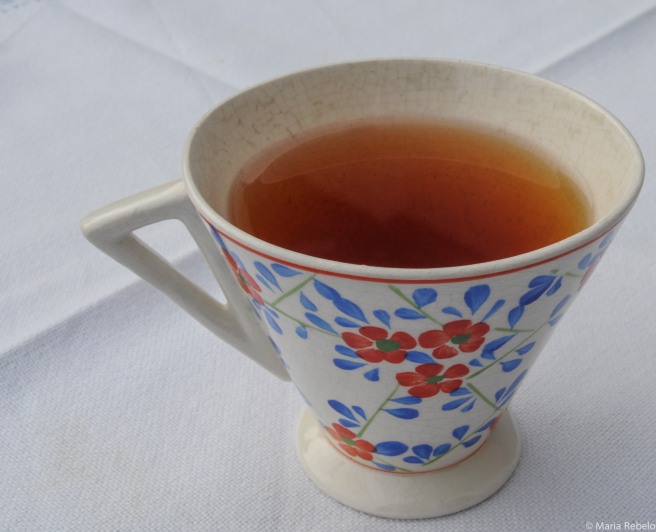 When Catherine of Braganza, a Portuguese princess, married Charles II of England in 1662, her fabulous dowry included the city of Bombay. But her most enduring gift to the British people was the habit of drinking tea. This drink, once reserved for Buddhist monks, was quickly adopted by the royal court. Later, tea houses became popular, serving as gathering places that helped disseminate the ideas of the age of enlightenment.

Most tea consumed around the world comes from large industrial plantations. One of the last surviving artisanal tea estates is Gorreana, in the island of S. Miguel in the Azores. Their tea plants were brought from China in 1874.  They pick, select, and dry the leaves by hand to produce wonderfully fragrant organic green and black tea.

If you’re seeking the inner peace of a buddhist monk, the wisdom of the age of enlightenment, or a unique gift for a friend, give this delicious tea a try.

You can order Gorreana tea from A Vida Portuguesa, an online store that sells many other great Portuguese products. Click here for their web site.

Lisboa, view from above the clouds!