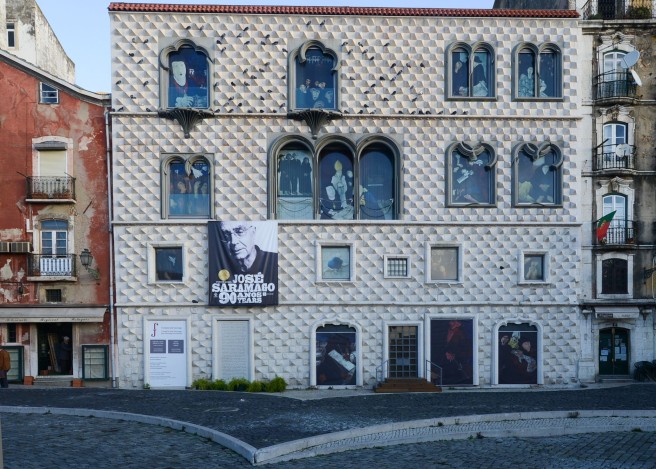 Casa dos Bicos is famous for its pyramid-stone facade. Brás de Albuquerque built the house in 1523 with the riches accumulated by his father, the Viceroy of India, Afonso de Albuquerque.

Like so many other homes, Casa dos Bicos was severely damaged by the earthquake that hit Lisbon on November 1, 1755. The house’s first two floors were restored after the quake, but the top two floors were rebuilt only in the 20th century.

In a poetic twist of fate, Casa dos Bicos became the headquarters of the José Saramago Foundation. Saramago received in 1998 the Literature Nobel prize for his brilliantly original novels. So, a house built with the spoils of imperial conquests is now devoted to celebrating a writer’s feats of imagination. Is the pen mightier than the sword?

2 thoughts on “A diamond house”