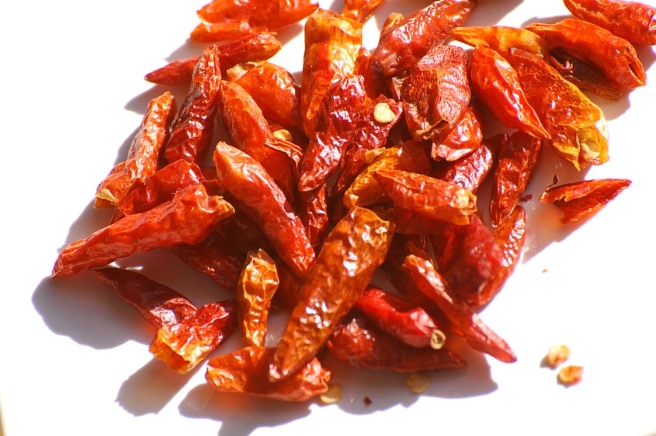 The Portuguese brought from Africa a small red pepper called bird’s-eye chilli that they use to make a popular hot sauce. In Portuguese both the pepper and the sauce are called piri piri (pronounced peeree peeree).

Restaurants that serve grilled chicken often make their own piri-piri sauce. What happens if you ask for their recipe? Here are some sample answers: “My Engleesh is not bery good, sory,” “We get it from Spain, you have to ask there.”

After years of undercover work, we gathered some piri-piri intelligence to share with you. The base of the sauce is usually vegetable oil, although a few restaurants use olive oil. Often, the piri-piri peppers are simply combined with the oil and left alone for a few days. In some cases, the oil is warmed to absorb more quickly the taste of the piri-piri pepper. Some recipes use vinegar, whisky, cognac, salt, parsley, coriander, cilantro, or garlic. No matter which version you try, piri piri will spice up your life.